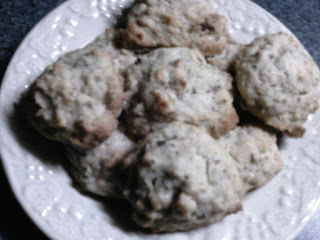 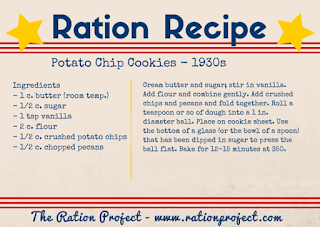 Cream together butter or margarine, sugar and vanilla. Add crushed potato chips & pecans. Stir in flour. Form into small balls, using about 1 tbsp. dough for each. Place on ungreased cookie sheet. Press balls flat with bottom of a tumbler dipped in sugar. Bake in moderate oven 350 degrees for 16 to 18 minutes or till cookies are lightly brown. 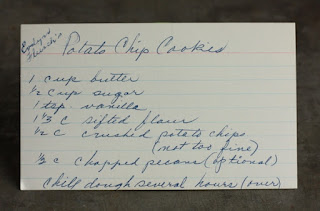 Photo above from The Clara Project

Posted by davids ghost at 10:27 AM No comments: 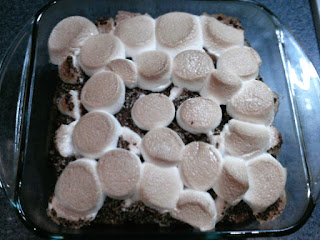 Sweet potatoes are a new world tuber, although they weren’t present at the Original Thanksgiving. Native to Central and South America, they were introduced to the North via colonists from Europe. Columbus is credited was transporting them home to the Old World, and by the 16th century they appeared in a British herbal encyclopedia, which recommends serving them “roasted and infused with wine, boiled with prunes, or roasted with oil, vinegar, and salt.” 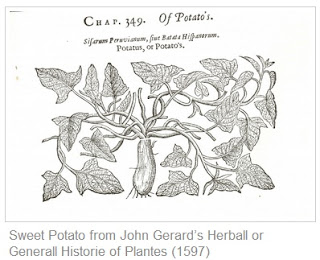 It wasn’t until after the 1740’s that the term sweet potato began to be used by American colonists to distinguish it from the white (Irish) potato.
by 1880 Americans were enjoying some sort of variation of candied sweet potatoes. American cookbooks, such as the widely published 1893 Boston Cooking School Cookbook by Fannie Farmer featured a recipe for glazed sweet potatoes. Likewise, in 1896 Texas Farm and Ranch published Sweet Potato Culture for Profit: A Full Account of the Origin,History and Botanical Characteristics of Sweet Potato, which included a recipe for glazed sweet potatoes.
Now you are probably hungry, and ready to make that Sweet Potato Casserole!
Ingredients:
1 (40 ounce) canbruce cut yams, drained
1⁄2 cup brown sugar
1⁄4 teaspoon salt
1⁄2 teaspoon cinnamon
1 egg, beaten
4 tablespoons melted butter
1 (16 ounce) bag miniature marshmallows *Note: I used the large marshmellows, and cut them in half.
Directions:
Butter 1 quart baking dish.
Heat oven to 350 degrees.
Mash yams in a large bowl and add brown sugar, salt, cinnamon, egg, and melted butter. Mix well.
Line bottom of baking dish with 1 cp of chopped pecans.
Place 1/2 mixture in baking dish. Top with a layer of marshmallows, then add remaining mixture, and top with the remaining marshmallows.
Bake for 30 minutes.
Remove from oven and top with remaining marshmallows.
Bake for another 10 minutes or until marshmallows are lightly browned.

Posted by davids ghost at 8:00 AM No comments:

How to make your own Ghost, DIY

Early planning for next years Halloween? You can always put a Santa hat on him, and he can be a ghostly caroler...

Posted by davids ghost at 7:49 AM No comments: